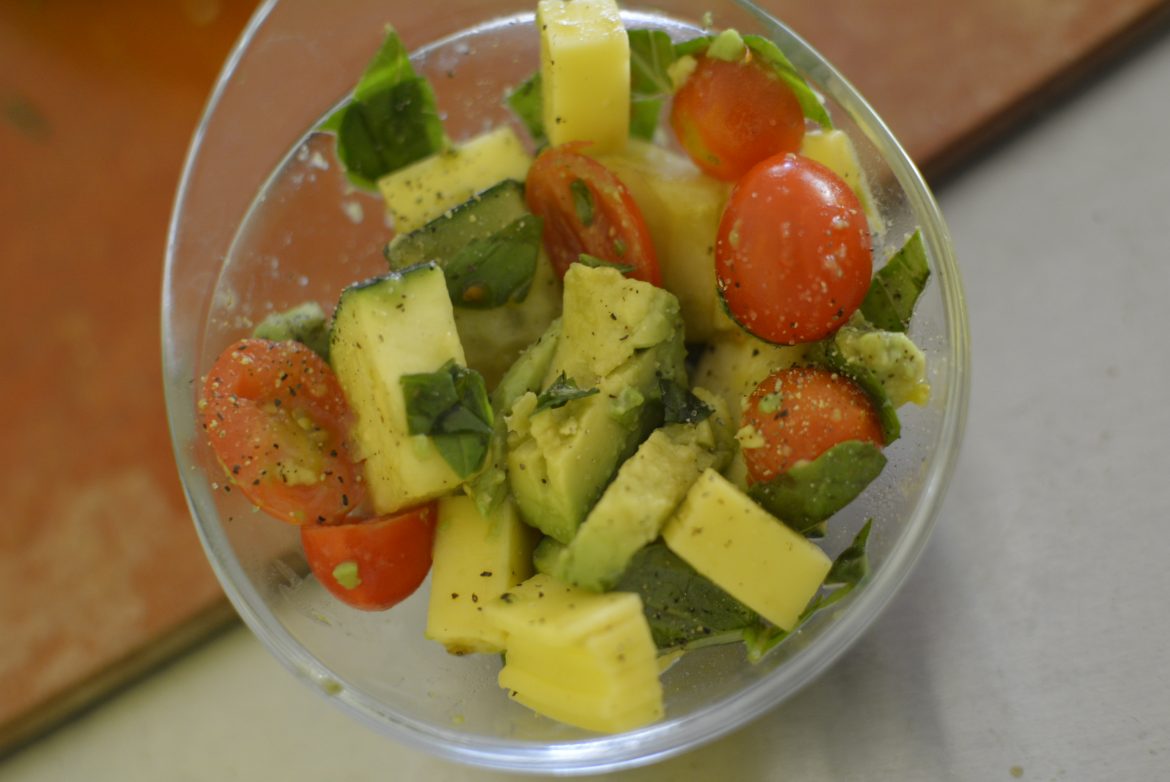 I’m back with a new recipe (and video!) for your tastebuds! This week I’m sharing my Vegan Caprese Salad which is something I created a few years back when I was offered some free veg at a local festival, whereby the Wholesome Farm folks partnered with the HappyOrg to promote healthy eating by giving away amazing fresh produce if partakers took a pledge to eat more veg in the coming weeks. I took that pledge and created a salad that hearty, flavorful, and one of the easiest treats to whip up in a snap.

Typically, Caprese Salads have alternating slices of mozzarella, basil, and tomatoes with olive oil, balsamic vinegar, salt, and pepper atop the anti-pasta spread. It’s simple, light while also being robust with sensual flavors that hit every key point in your palate: salty, umami, savory, and sweet. The problem for me is that it’s an odd dish to whip up on its own when you get that craving usually heavier items are to follow (pasta, meatballs, lasagna), so I thought I’d go about bulking it to see if it can stand on its own!

For that bulking and with the number one goal to create a caprese without distracting from the intent and simplicity of the salad, I added zucchini and then cucumber to balance each other, while finishing with a bit of avocado to lend itself to a creaming effect should people choose to stir more heavily and bring together with it, the oil and vinegar. Other than that, I just toss in my tomatoes, cheese, fresh basil, EVOO, salt, and pepper. In doing this, the dish is brighter (thus I feel more like I’m eating my rainbow), versatile, and remains balanced. Voila! This salad is divine.

Check it out and let me know if it satisfies your caprese salad cravings too? 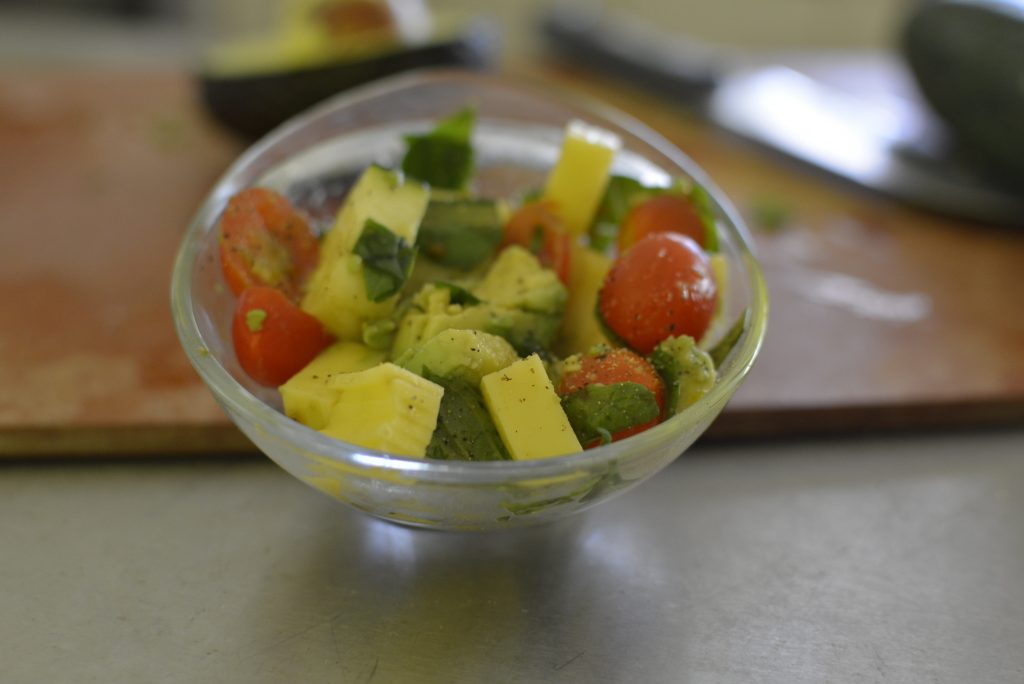 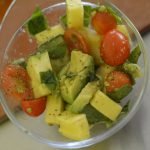 Robust yet balanced take on a traditional Italian dish, so that you can make it a meal, salad topper, pasta topper, or appetizer. You can eat it raw, as prepared, or saute it to add the depth of a tasty roast your table.

*** Keep in mind, that you can do this same recipe and do slices instead of a chop and then lay it out as a spread. I do recommend using the Chao or Follow Your Heart Provolone cheese since even the Miyoko’s mozzarella does not taste that flavorful until cooked even though it looks most like mozzarella for caprese.

If you’re interested in having this as a meal, try this with my Vegan Garlic Knots!